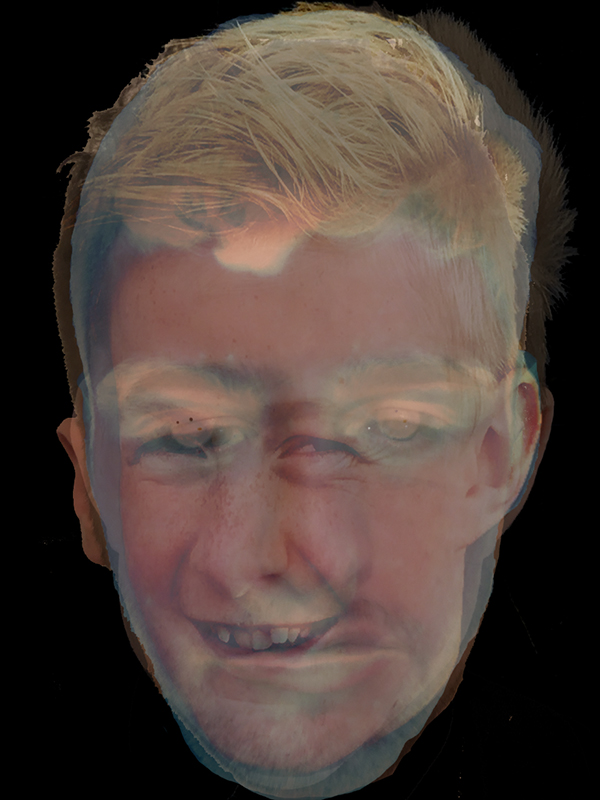 Sideways stare comes from the idea of judgements and how everyone will look at a person in many different ways. Looking at the subject of Dissociative Identity Disorder (DID), I have learnt that people who suffer the disorder have ways of hiding their issues of trauma or an abused childhood. Taking some of my research notes within the subject of DID and the idea of the mind splitting into multiple different personas, I was able to realise that there are natural ways in which we would look differently at someone who may have DID. From having to cope through horrific childhoods people with DID usually have visual scars as well at mental ones. Self-harm can usually be afflicted as another way to cope with trauma. This piece takes inspiration from both the mental and physical coping strategies of trauma. It could be argued that the mental ways in which people with DID cope (the splitting of the mind/ having multiple personas of themselves) wouldn’t usually stick out from the crowd or make us lot at that person in an unusual way. However, from the physical ways in which the haunting upbringing can lead to self-harm; visual scars of the person can make us look at the person in a different way. The visual side tells a story of pain and torture; however, the mental side shows a different kind of pain. Personalities of people with DID switch when they can’t cope or are not comfortable within a situation. It is almost as if the personas are the scars themselves which are used to tell different stories of a struggle and of torture. This piece of work shows myself looking into the past (with the head looking towards the left) with a double exposure of half (the front profile) of my face looking straight at you. The thought behind the two separate profiles of my own face comes from the idea I previously mentioned about ‘a splitting of the mind’ which comes from the trauma itself. The stare is a natural thing that we all do sometimes when we are automatically judging or trying to figure a person out. Everyone looks in different ways and judge people differently. The two profiles within the piece look into different ways to show the different paths that individual personas within someone will take. The front profile of the head giving the idea of hope. Its looking straight into the future, perhaps not wanting to mention the past. The core idea of presenting this piece as a work that talks about DID is that on the whole subject only one to three percent of the global population will suffer from DID. It might be that you would look at someone who doesn’t have this disorder and consider them or look at them differently. 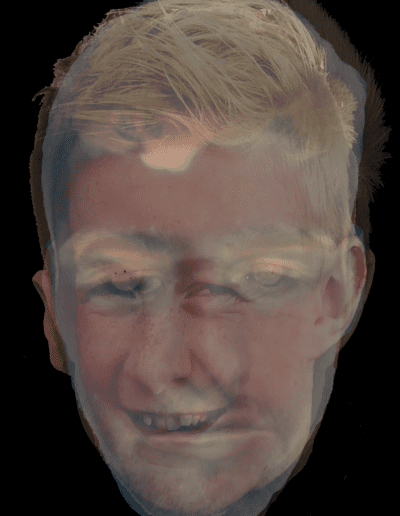