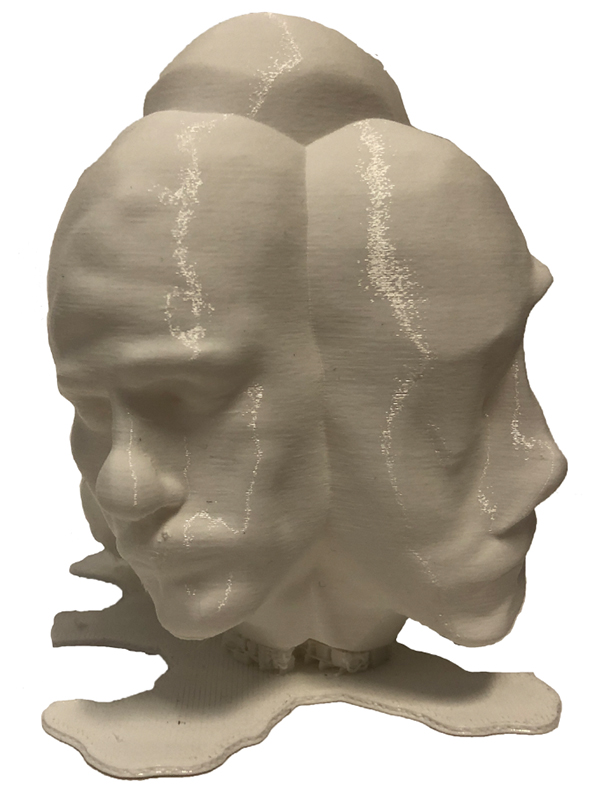 This piece talks about the idea of the true Persona of someone, showing different personas controlled by the true character of a person which acts as the brain to the other personas. Looking further into the idea of Dissociative Identity Disorder (DID) and the idea of people having multiple personalities; this piece follows from my own ideas and thoughts of what I would call the true personality, the one the makes us who we are. Even for people who suffer from DID, everyone has a main character/personality which makes them who they are. Research into Kim Noble (The Artist with DID) inspired my ideas for the true persona. Kim says “I’m the main personality that’s around, I’m the one that keeps the house running, pays the bills and looks after Aimee, our daughter”. The main Personality almost acts as a brain to the other personalities that are attached to it; it controls and still can be seen through other personalities. This piece shows four different (of what could be many) personalities all looking into different directions. By looking into different directions this piece shows how all personas of people look into different paths (there is not one that is the same). The true persona within this piece d3liberately looks straight up to show that its shines through everything and can still be seen through all of the other personalities. I tried to show the four personas at the bottom looking as if they have scars to show a sense of pain within the personalities that are attached to the main personality. The true personality without any scars gives an impression that people who have suffered/suffer from DID can cope with the trauma of their lives by having multiple personas. After suffering from childhood abuse Kim Nobles mind split into twenty different personalities to cope with the trauma. With all personalities being controlled by the brain, the true persona (the face at the top of the piece) acts as if it is the brain itself within this piece; it looks as if the true persona is holding all the other behaviours together. (without the main persona the other traits wouldn’t exist). The four warped personas within this piece are individually warped in a way that shows different emotions within each character. I did this purposely to enhance the idea of personalities changing all the time. Further research into a YouTube film I watched; I spent a day with Multiple Personalities shows how people with DID literally have no control over when their own characters are going to change. Personalities seem to change when finding something hard to deal with. From talking to someone with DID, they identify as a group, not as an individual. 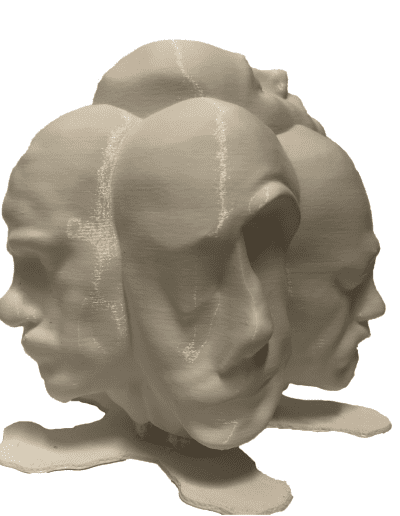 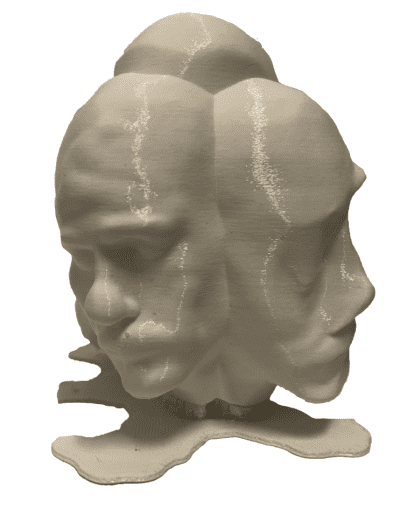 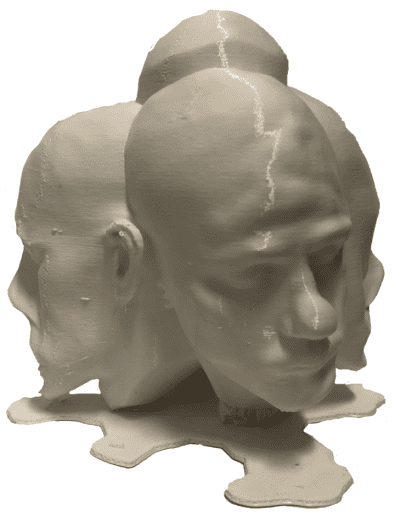 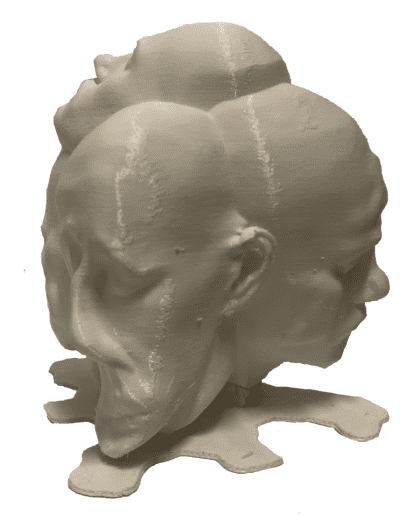 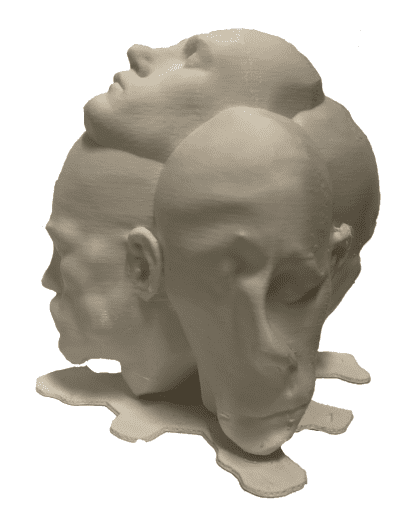 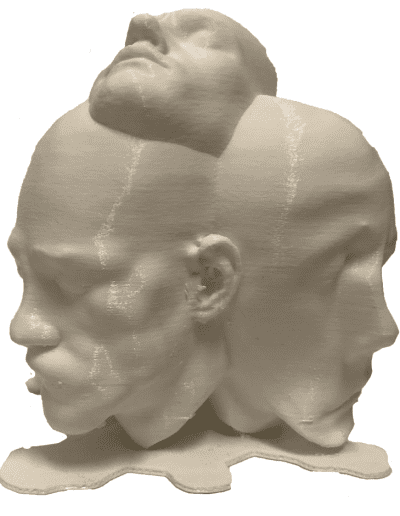 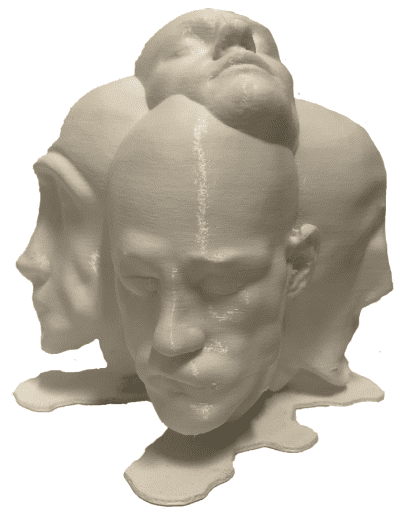 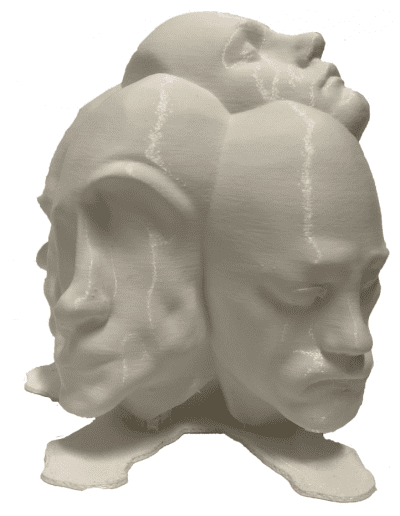 This piece was changed dramatically within my thought process and ideas whilst thinking to create this piece of work. There were certain things that I wasn’t happy with about this piece and thought that I could modify to suit not only the title of the piece but also the story behind it and what it talks about. Firstly, different faces within the piece were not modified/ adjusted enough to show a separation between different personas. I wanted the true persona to look straight up to show an idea of hope within the theme of dissociative identity disorder and to show the idea of a balance and how for the true persona to shine through it needs support from the other personalities. The ideas I was having during the making of this piece came more developed to my own understanding of showing themes of DID within the different pieces of work I was wanting to make. 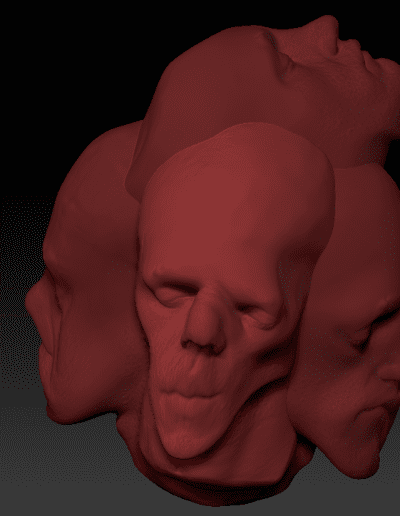 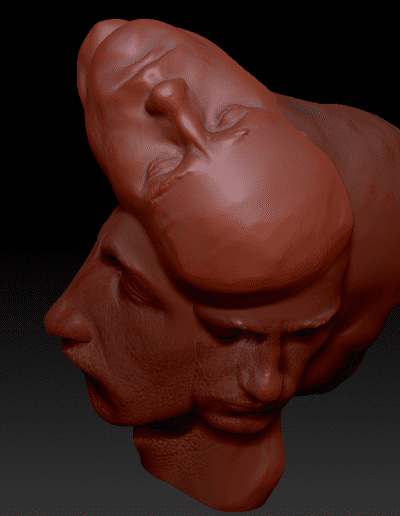 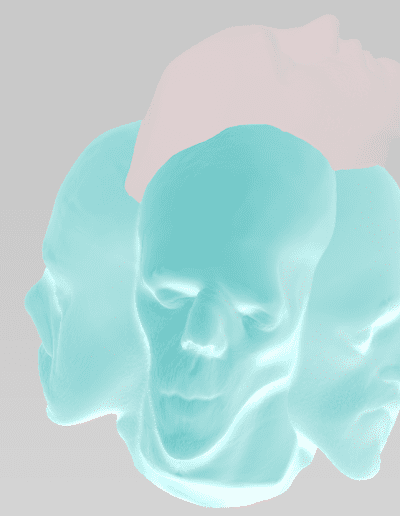